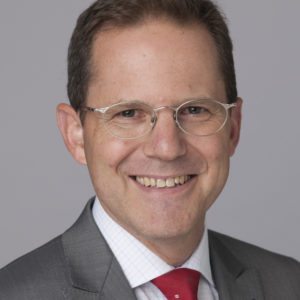 Whether you are thinking about your first business or you are very experienced in running a business – as far as I’m concerned there is always something to learn from successful businesses, especially if they have overcome near bankruptcy as Apple did.

The video above shows Steve Jobs giving an answer (to a question from the crowd) which I consider honest and authentic. That answer says a lot about his way of thinking.

Here are my takeaways:

Many people (especially my friends and colleagues from the field of IT) are often and quickly in love with technology, with gadgets. Once the gadget is in the house, the question then is: what do I do with it? Steve Jobs starts the thought process from another angle. He first has created a vision for the company, for the market and maybe for the world, and with that in mind he looks at what’s in front of him.

Yes, you need to build on some technological basics. The point is: No major invention was ever created by anybody sitting down with the intention to invent something magical and wondering what that could be. In the beginning there is a need, a problem, a desire – some gap that someone identifies as a gap they want to fill.

What Steve Jobs is pointing to is that he does not stop at identifying such gap. He wants everyone to look at what the potential customer’s experience is.

Computers were around before Apple was founded, but Jobs and Wozniak had an idea for something better.

Shoes were around before Nike was founded, but Phil Knight wanted to create something else.

Cars were available around the world before Tesla was founded, but Elon Musk had an idea for something new.

Mobile phones were available when Steve Jobs announced the iPhone.

He did not ask, “how can we get as many people as possible to buy from us”. He is looking at his customer’s benefits. And not just any, but incredible benefits. Focus on that in the first place.

This is not new, and from time to time, we all need reminders on some basic truths. This is one of them. Another way of saying it: If you don’t make mistakes, you most likely are not working on anything worth your time.

Next4 Ways To Keep Good People For GoodNext

We provide a free introductory 30 minute business coaching via the phone or a webcast (limited availability).

Please be as specific as possible with your information.